Switch to the dark mode that's kinder on your eyes at night time.

Switch to the light mode that's kinder on your eyes at day time.

Switch to the dark mode that's kinder on your eyes at night time.

Switch to the light mode that's kinder on your eyes at day time.

What’s the fact behind the Mitron App, Mitron that’s a brief video-sharing program, has triumphed in developing a ideal userbase. From the Time TikTok controversy Is Happening in India, Mitron’s fame has been rising Everyday. It has been heard that indian has developed this app, an IIT Roorkee student, and has managed to get more than 5 million downloads so far, only one in the Google Play Store. Within the same month.

Truth Behind the Mitron App?

All these things are being heard only in the news and in some YouTube Channels, but to know how much truth is there behind this thing, you have to read this article “Friends Behind the App” thoroughly. Let’s start without delay and know what this Mitron App is in the end, and is this Mitron App Indian or not?

The Mitron App is a Short Video Mobile App that has been raging in the Google Play Store recently. The interface of this Mitron mobile app is very similar to that of the Tiktok Official App. It has become a social platform for users who can share their contents online in it.

Mitron provides a straightforward and seamless interface for users so that they can create videos, edit them, and share them on this platform. At the same time, they can also browse other top videos in it.

Mitron has been designed based on a creative social platform where people can entertain themselves and others using short video formats like TikTok.

When did the friend’s app originate?
The Mitron App originated about one month ago. A few years ago, concise video apps started, including Tiktok, Dubsmash, Like, Halo, and others. All these became very popular because their short-format videos were well received by the audience.

Mitron turned out to be a Pakistani App.
According to a report by news channel, Mitron app has been developed in Pakistan country, and it has been sold at a price range of Rs. 2400 approx.

Is the Friends app an Indian App?
No, Mitron App is not an Indian App at all. Irfan Sheikh, the founder and chief executive of Qboxus, says that “they want their customers to use their code and make themselves something new.” But the developer of Mitron has not made any changes in their product (tictic), just changed the logo and uploaded it in their store.

He has given money for this, and he is using it, which is right to an extent. The problem is that when people recognize it from an Indian-made app, which is an entirely wrong thing because the developer has not made any changes in it. In such a situation, this is a Pakistani app only.

Should you use the friend’s app?
In my opinion, you should not use this Mitron App at all. This is because there is no official owner of this app yet. At the same time, they host the users’ data in their servers, due to which there can be problems later on the privacy of the data.

At the same time, you will not see privacy policies anywhere in this app, how the user data is being used. ShopKiller e-commerce, which seems to be the promoter of the Mitron App, is also not providing any information about this app.

In such a situation, “Mitron” is using the words of the Prime Minister of our country. This is misleading in this odd situation in the name of patriotism, which is not true at all. At the same time, it is being brought forward on the replacement of TikTok to remove Chinese companies from India.

Since no privacy clarification of this application is correct, its data processing is also not accurate. In such a situation, in my opinion, it would be the most sensible thing not to use this Mitron app.

Why is Mitron so popular?
Recently Mitron app came out in front of TikTok in the face of direct competition. This happened when TikTok tension was going on in India, and people were being encouraged to use indigenous things. In India, TikTok was criticized by many people because it was promoting some acid attack videos, which is wrong. Due to this, the Indians significantly reduced TikTok’s Google Playstore ratings and started giving negative reviews. With this, he also demanded to ban TikTok in India.

At such a time, Mitron was launched in India as an Indian app in place of TikTok. At the same time, people were angry with TikTok, and in such a time, people supported Mitron a lot without even investigating it. This is the reason that the Mitron App has gained so much popularity in a short time.

Mitron is a clone of the TicTik application that has been designed according to TikTok. At the same time, there is no official website of the Mitron App, and its owner does not have any physical information on the internet.

At the same time, it is being requested from all users that you also delete or uninstall the Mitron App from your SmartPhone as it is not right for your Data Privacy.

What did you teach today?
I hope you find this article my What is Mitron App and its complete truth? Must have liked It has always been my endeavor to provide complete information about the Mitron App in Hindi to the readers so that they do not have to search in any other sites or internet regarding that article.This will also save time, and they will also get all the information in one place.

Get the best Technical stories straight into your inbox!

What do you think?

Browse and manage your votes from your Member Profile Page 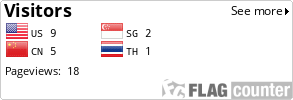 Don’t miss out on new posts

Your password reset link appears to be invalid or expired.

Send this to a friend